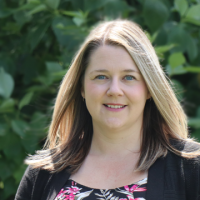 Originally from Nova Scotia, Lindsey lived in a few different provinces in her early twenties, but Nova Scotia called her home a few years later. Lindsey has completed a Tourism and Hospitality Diploma at the Nova Scotia Community College Lunenburg Campus.

When she was a child, Lindsey wanted to be a veterinarian. However, she changed her mind when learned that you had to euthanize pets!

Lindsey’s favorite part of the role is meeting people from all over the world and showing them what Nova Scotia has to offer. Her favorite thing about living in Nova scotia is the friendly people and living close to beaches.

In her spare time, Lindsey enjoys baking. A fun fact about Lindsey is that she has watched the television show Friends more times than she can count!

Have questions about living and practicing medicine in Nova Scotia? I am happy to help. Please complete the form below and I will reach out to connect.